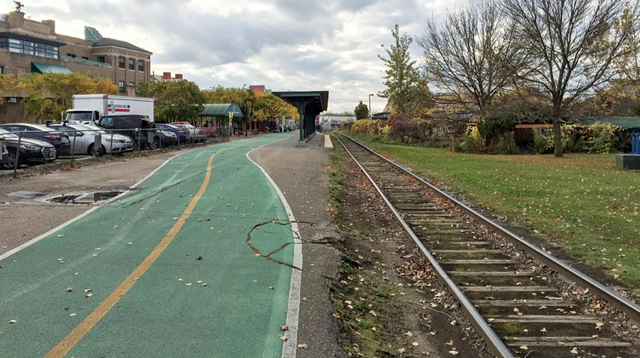 A report has named Burlington's Union Station as the best place to store trains overnight once Amtrak's Ethan Allen Express begins service to the Queen City in 2021 or 2022.ï¿½

Union Station, at 1 Main Street, scored highest among five potential sites in a final report released by the Chittenden County Regional Planning Commission on July 17. The report considered costs, noise and impacts on current rail operations, among other factors.ï¿½

The report is the final draft of a study released last summer that alsoï¿½endorsed Union Station, according to Eleni Churchill, the commission's transportation program manager. The commission beefed up its data collection on noise and air qualityï¿½afterï¿½neighbors voiced concerns at a public meetingï¿½in June 2018, she said.ï¿½

"Understandably, there are people who are concerned with having the train parked overnight in front of certain sites," Churchill said. "Theres going to be some impacts, but were going to see the benefits of this train coming into Burlington."ï¿½

The Vermont Agency of Transportation will make the final decision, but it isn't bound by the report's recommendations or to any particular timeline, according to Dan Delabruere, the rail program director at VTrans.ï¿½

We are actually going to look at that study and even other options," he said. We really need to look at everything to make this decision. I don't know that were close to making a decision at this point.ï¿½

The Ethan Allen Express train shuttles passengers between Rutland and New York City. Once other upgrades are complete, it will include northern stops in Middlebury and Vergennes before overnighting in Burlington from 8 p.m. to 7 a.m.
click to enlarge 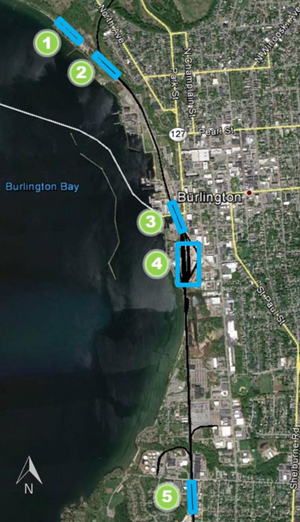 All potential sites would need some upgrades to accommodate the trains.ï¿½

At $300,000, Union Station is the least expensive option. The costliest is the railyard: It would cost upward of $50 million to relocate the existing railyard to make room for the passenger train, according to the study. Both Urban Reserve sites are in the $2.2 million range, where Flynn Avenue would cost about $1.5 million.ï¿½

The station scored high for its existing electrical infrastructure and low impacts to both natural resources and existing train travel. But it was the only site of the five to score a zero, the lowest possible rating, for both its proximity to residences and air quality impacts.ï¿½

Union Station is located closest to residences the nearest is just 50 feet away compared to a nearly 530-foot buffer at all the other sites. But it impacts the fewest homes overall just 26, about half as many at either Urban Reserve, according to the report.ï¿½

While Delabruere didn't want to comment much on citizens' concerns, heï¿½didï¿½dispel the notion that the trains would idle overnight. The trainsï¿½would be outfitted with "hot start" equipment, he said, which only require a 20- to 40-minute warm up and cool down. They'd only idle for longer periods if the outside temperature is -20 degrees or colder, he said.ï¿½

Amtrak service can't start in Burlington, however, until Middlebury finishes its own massive rail project. The Addison County town is in the midst of replacing two century-old rail bridges with a new tunnel,ï¿½Delabruere said.ï¿½

"There's some time between now and when the Middlebury tunnel project will be complete, he said.ï¿½We have some time to think about this, and I don't know that we're forced into making a decision.ï¿½

Burlington Mayor Miro Weinberger said the city hasn't taken a formal position on the issue, noting it's "in conversations" with VTrans as the agency deliberates.ï¿½

We dont have control, but we definitely have a voice," Weinberger said. "This is something weve fought for and wanted to see happen for a long time, so its exciting that were getting to the point where were actually talking about the details.ï¿½
ï¿½