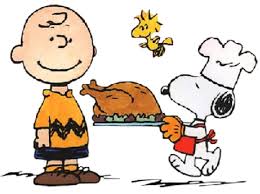 Most school children would probably say that Thanksgiving dates back to the Pilgrims at Plymouth as early as 1621. By the late 1660s, it had become traditional to hold a harvest festival in New England. President George Washington declared the first nation-wide thanksgiving in 1789 as a day of public thanksgiving and prayer to be observed by acknowledging with grateful hearts the many and signal favors of Almighty God.

One of America's Founding Fathers thought the turkey should be the national bird of the United States. In a letter to his daughter sent in 1784, Benjamin Franklin suggested that the wild turkey would be a more appropriate national symbol for the newly independent United States than the bald eagle (which had earlier been chosen by the Continental Congress). He argued that the turkey was "a much more respectable Bird", "a true original Native of America", and "though a little vain & silly, a Bird of Courage."

One hundred fifty years ago during the Civil War, in October 1863, President Abraham Lincoln proclaimed the first national day of Thanksgiving. William Seward, Lincoln's Secretary of State, drafted the proclamation: No human counsel hath devised not hath any mortal hand worked out these great things. They are the gracious gifts of the Most High God they should be solemnly, reverently and gratefully acknowledged as with one heart and one voice by the whole American People.

Even though the country was in the middle of the costly Civil War, the people of America started an enduring tradition to give thanks. In 1941, Congress determined that Thanksgiving will be celebrated on the fourth Thursday in November.