The Lake Champlain Quadricentennial brought some renewed attention to the lakes many shipwrecks. These Lake Champlain, particularly Burlington, shipping disasters must have been easily viewed from Burlington's Hill Section, where many of the historic homes here still feature widows walks. From these rooftop perches, captains could view their ships at anchor in Burlington Harbor and captains wives could view the safe return of their spouses.

This fascinating series describes the sinking of several ships including one of the first steamboats in the United States. The Phoenix was a side-wheel steamer active during the early 1800s. It sank engulfed in flames after a pantry fire spread throughout the ship on September 5, 1819. The ship sank just north of Burlington at Colchester Reef.

The tale of this disaster includes casualties, a theft, a lifeboat shortage, and the bravery of a substitute captain (the ships captain was home with the flu, his son filled in for him on this momentous occasion). Learn more about the Phoenix. 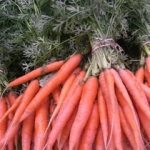 August 2-8 is National Farmers Market Week and the best place to celebrate is the Burlington Farmers Market. This market is downtown at Burlington's City Hall Park. The food is unparalleled in quality and freshness. From Digger Mirth Collective arugula to Jericho Settlers Farm grass-fed beef, you will find the best of Champlain Valley. 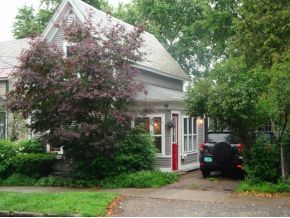 The Farmers Market is every Saturday 8:30 am - 2:00 pm (May 9 - October 31) and features crafts, prepared foods, and the fresh produce. Farmers Markets are heralded for supporting farmers, strengthening local economies, and generally helping people stay healthy. The Burlington Farmers Market does all this with the flair of a European-style street market.

You will be enchanted to attend any or all of the events celebrating Lake Champlain! I admire and respect this lovely body of water. Many times I fly in over the lake and feel the peace and calm the waters give to our small city of Burlington, Vermont. I've sailed on Lake Champlain for 25 years and still marvel at the beauty of the high peaks of the Adirondacks on the west and the distant view of Camel's Hump and Mt. Mansfield on the east. Where else in the US do you have a fresh body of water 120 miles long and only 3 miles wide with mountains clinging on the horizon?

Participate in the celebration! This weekend, July 17 & 18, in Vergennes the French Heritage days at the restored Opera House will be terrific. The Otter Creek Basin and other areas in and around Vergennes will be hopping with activities. Check it out at www.champlain400.com.

The price category under $350,000 is active - not great - but active. Homes over $550,000 are having a tough time. Buyers just keep waiting. Of course, the banks are tough on lending. But why don't buyers simply write up offers? The Bubble has not hit us thanks to conservative building policies in Vermont. Sales are down by 20% in Chittenden County and sellers must be prudent about their list price if they want to sell in a timely fashion. Buyers should "go for it", though! Trade and throw out some offers, you would be surprised. Sellers will negotiate because they want to sell!