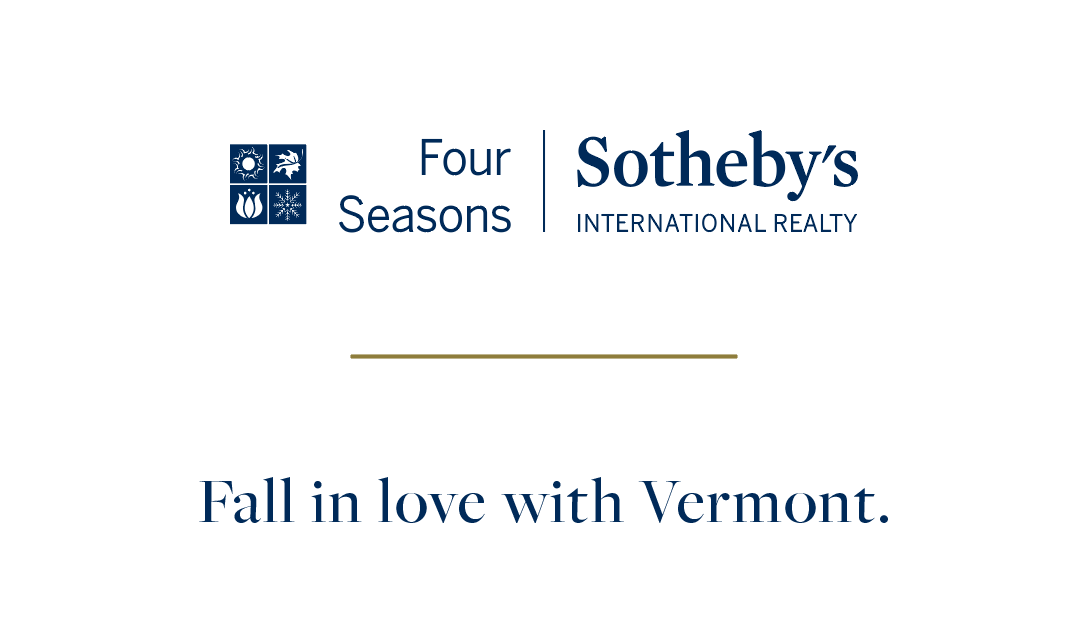 Thanks for visiting us at kathyobrien.com, we hope you are enjoying this early autumn weather as much as we are! Below you will find some fun ideas to make the most of our most famous season.

Anyway, enjoy the crisp air and some vicarious peaks into gorgeous Vermont homes as you poke around our site. Check out this leaf-peeping guides and discover the best foliage in the state. 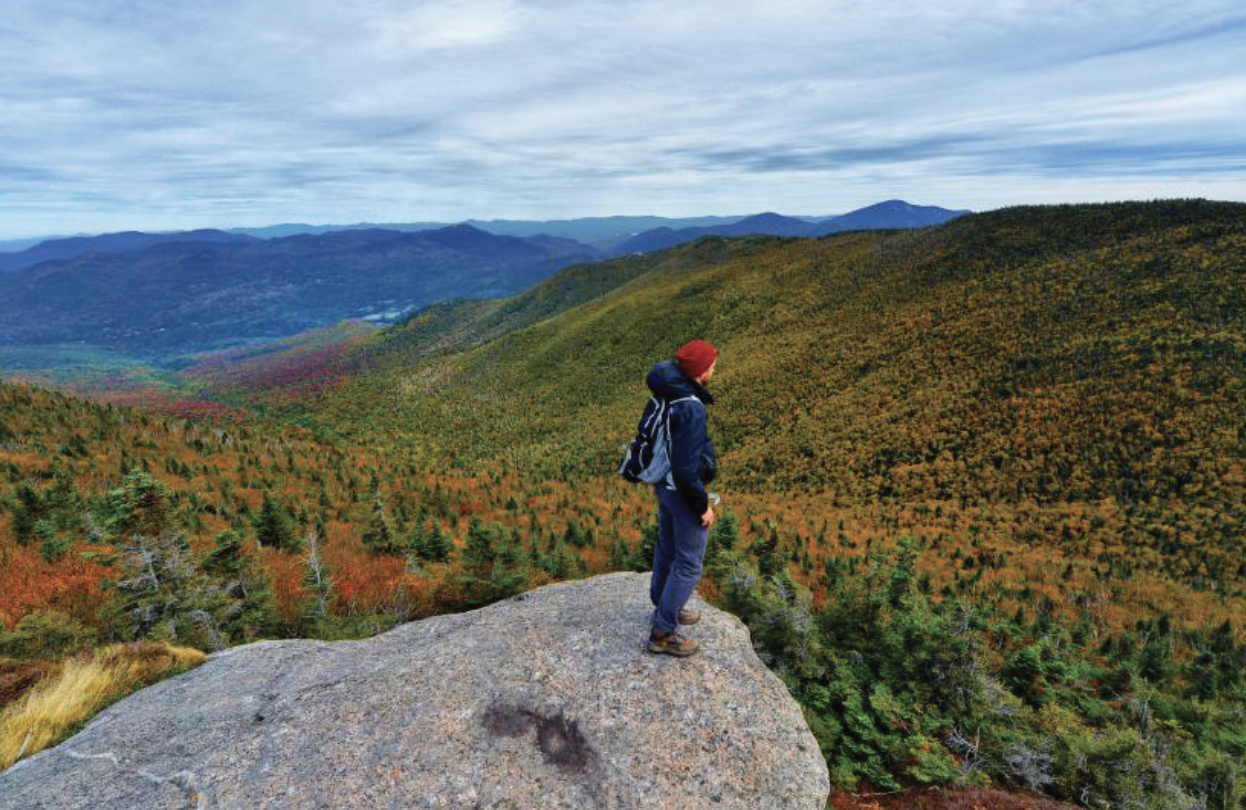 Check out these awesome day hikes featuring some of the best fall foliage in Vermont.

Nationwide, existing home sales were down slightly in August, falling 2% after
two consecutive months of increases, according to the National Association of
REALTORS®. The decline in existing home sales coincides with rising sales
prices, which have continued to soar into fall, with the median sales price of
existing homes up 14.9% compared to last year. Declining affordability has had
a significant impact on homebuyers, many of whom have been priced out of the
market and are choosing to wait for sales prices to ease before resuming their
home search. 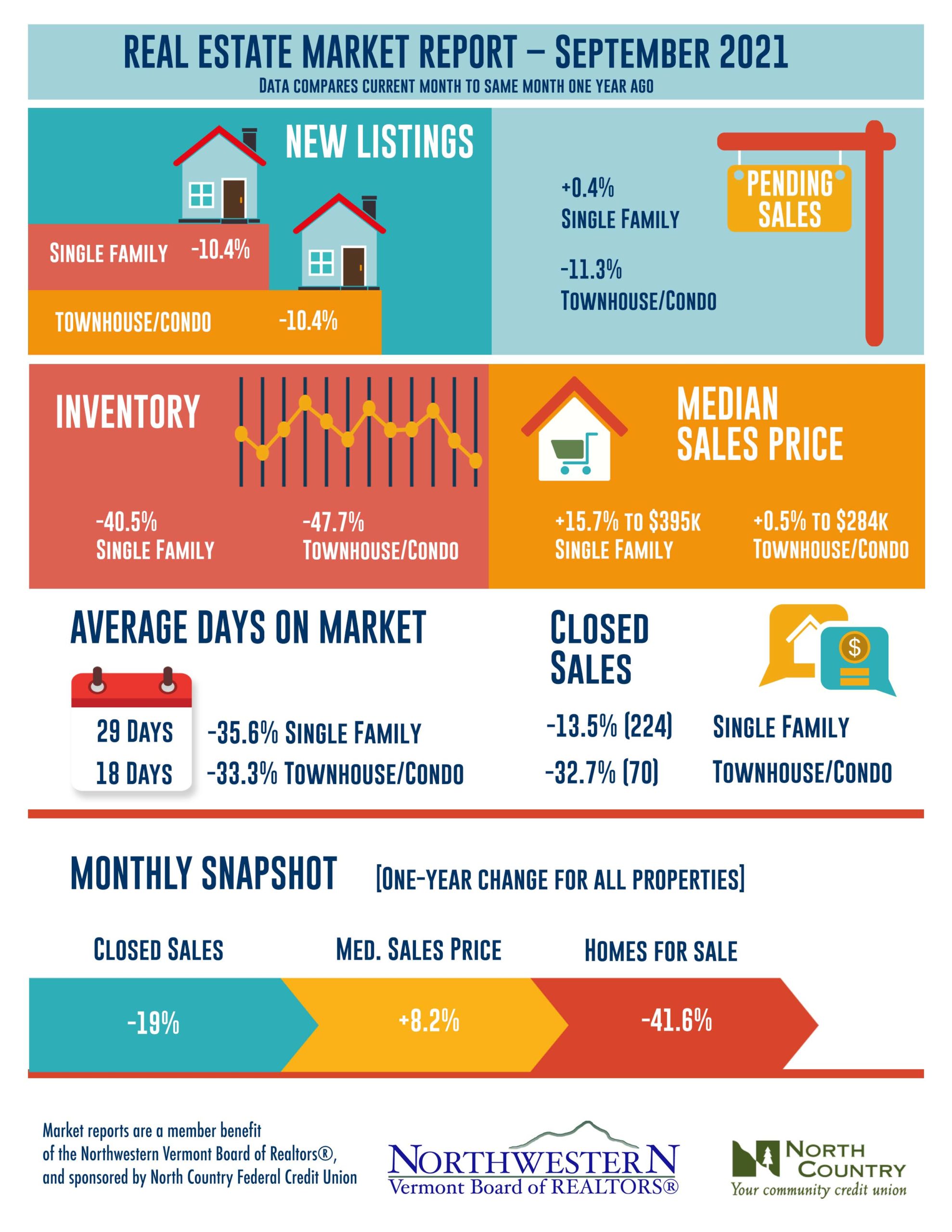 There are signs the market may be shifting, however. New listings have
continued to hit the market, bucking seasonality trends commonly seen in the
fall, a time when listing and sales activity typically slows as children return to
school. As inventory increases, competition for homes may soften, and could
even bring moderation in sales prices, which, after 114 months of year-over-year
gains would be music to the ears of homebuyers throughout the country.

With Four Seasons Sotheby's International Realty, you have the capacity to reach audiences across the country and even the globe to market your unique property. Below you will see an ad we posted recently for our listing in Burlington that featured in a New York Times flipbook. We have all sorts of creative and fun ways of advertising your real estate! 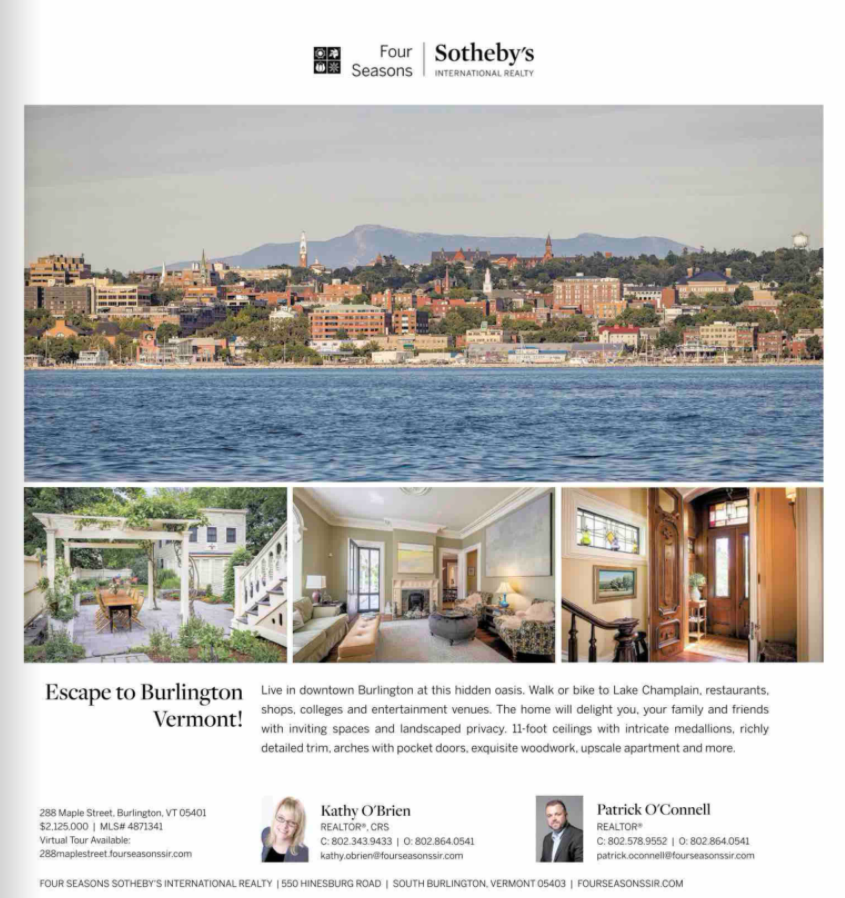 From Madeline Bilis for ApartmentTherapy.com

Per Northern Vermont Board of Realtors:

The booming U.S. housing market has spilled over to the rental market, which
has seen demand for apartment and single-family rentals skyrocket this year, as
high sales prices and an inadequate supply of available housing have forced
many prospective buyers to rent for the foreseeable future. Increased demand
for housing, along with an improving economy, has competition for rental units
soaring, and landlords are taking note, with the national median rent increasing
11.4% in 2021 so far, according to Apartment List. 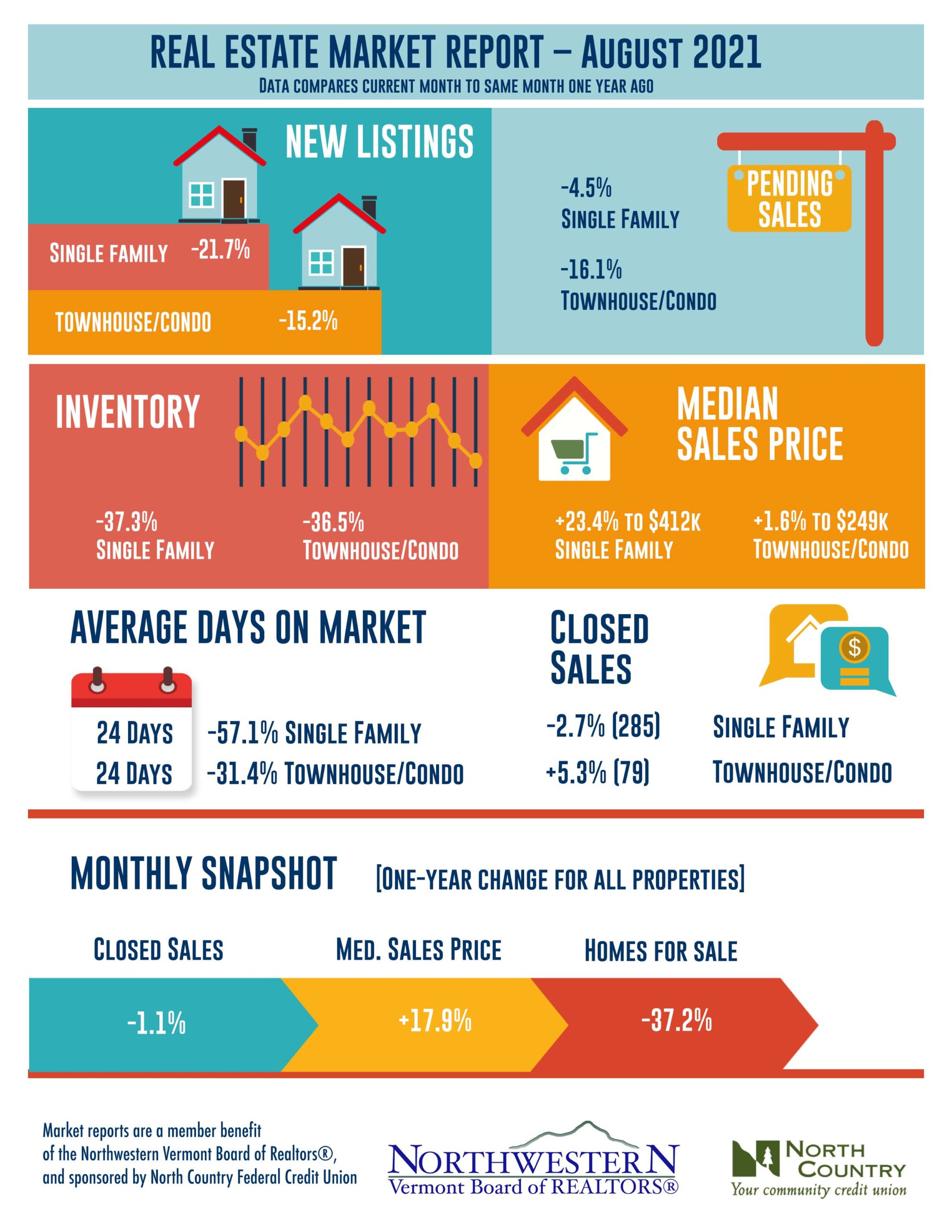 In new construction, home builders continue to struggle to meet buyer demand,
as housing starts nationwide dropped 7% last month, according to the
Commerce Department. Single-family home construction declined 4.5%, and
multi-family home construction, which includes condos and apartment
buildings, was also down, falling by 13%. Labor shortages, rising material costs,
and supply-chain setbacks continue to challenge builders, with some projects
temporarily paused due to availability and cost of materials.

The White House recently announced additional measures to help struggling homeowners avoid foreclosure as they exit forbearance, including loan modifications and payment reductions. Borrowers with federally backed mortgages can lock in lower interest rates and extend the length of their mortgages. For borrowers who can’t resume their monthly mortgage, HUD will offer lenders the ability to provide all eligible borrowers with a 25% principal and interest reduction. 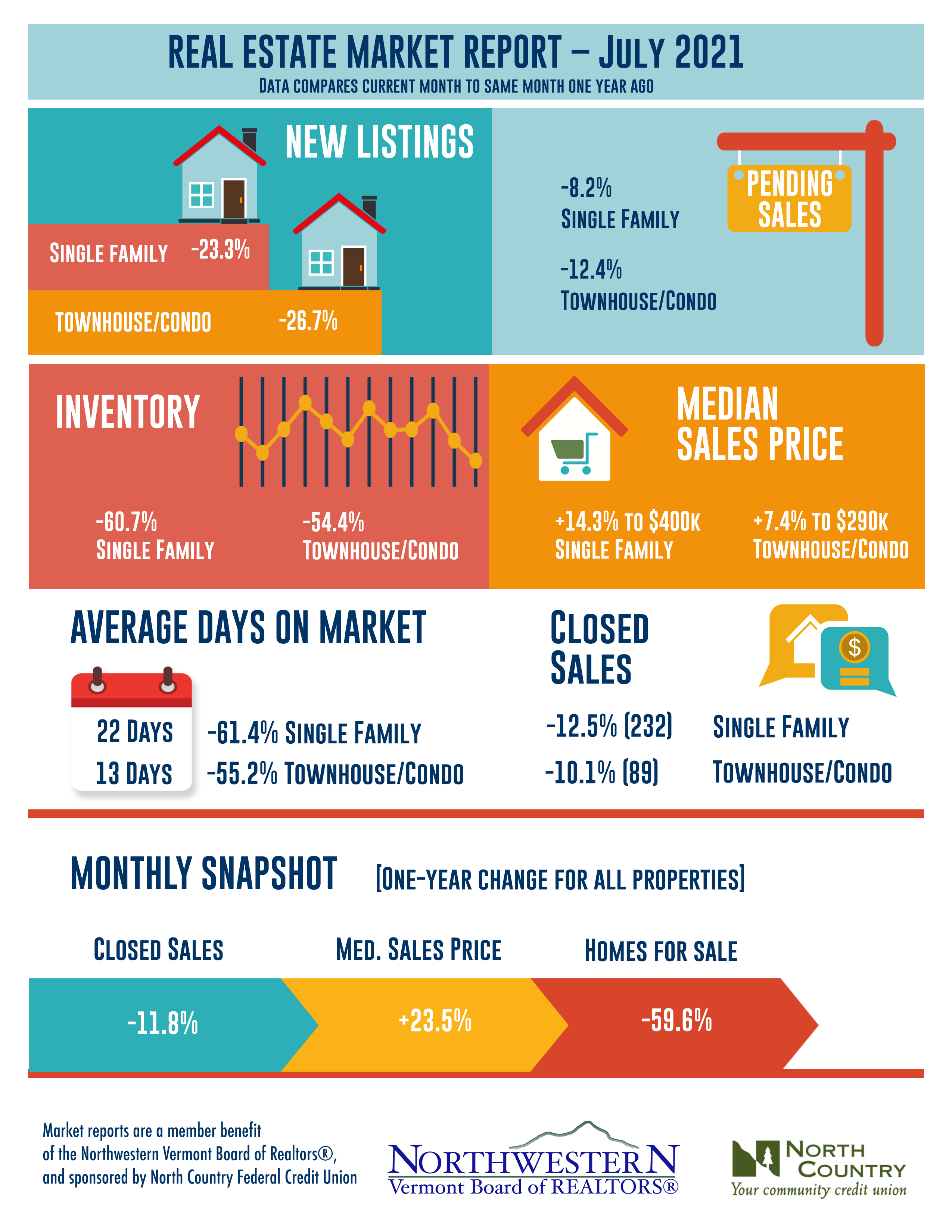 The National Association of REALTORS® reported inventory of homes for sale nationwide rose slightly in June as more sellers list their homes, hoping to take advantage of record-high sales prices across the country. Even with renewed home seller interest, inventory overall remains 18.8% lower than a year ago, according to NAR.

Per Daniel E. Slotnik of the New York Times

Vermont has at least partially vaccinated 80 percent of residents 12 or older, allowing it to lift all remaining state pandemic restrictions, Gov. Phil Scott announced on Monday.

Federal data confirmed that the state passed the 80 percent milestone first, while lagging vaccination rates elsewhere have imperiled President Biden’s national goal of getting shots into the arms of at least 70 percent of adults over 18 by July 4.

“I’m very proud to announce that Vermont has now become the first state in the nation to vaccinate over 80 percent of its 12-and-over population,” Mr. Scott said at a news conference on Monday.

Vermont has been very successful at handling the coronavirus. A New York Times database shows that the state has reported fewer cases and fewer deaths, relative to its population, than any state but Hawaii. Vermont has vaccinated 84 percent of its adult population, aged 18 or older; Hawaii and Massachusetts are the only other states so far that have exceeded 80 percent by that measure.

See How Vaccinations Are Going in Your County and State

“Not only do we lead the United States, but Vermont is now a global leader in vaccinations to defeat Covid-19,” Mr. Scott said. “Our state has shown the world what’s possible when you have a group of people with the right attitude following the data and trusting medical science.”

The number of new positive tests reported daily across the country seems to be leveling off after having fallen steadily for months. Experts are worried that states with low rates of vaccination, particularly in the South, could incubate new outbreaks.

Mr. Scott, a Republican, lifted his state’s mask mandate and capacity restrictions for vaccinated people on May 14. He said that Vermont’s state of emergency would end on Tuesday.

“It’s really very simple: There are no longer any state Covid-19 restrictions,” he said.

People in Vermont still have to abide by federal pandemic regulations, and businesses will be allowed to take safety measures like requiring masks if their owners choose to do so, he said.

“This is something that businesses have to decide for themselves,” Mr. Scott said.

Many states have relaxed or removed most of their pandemic restrictions, including some with far lower vaccination rates than Vermont’s.

Mr. Scott praised public health officials for his state’s testing program and vaccine rollout. But he noted that Vermont’s work was far from done.

“We’ll continue to vaccinate as many Vermonters as possible, because every shot given today, tomorrow and in the weeks to come is just as important as the ones we administered yesterday,” he said.

School’s out, and as vaccination rates rise and America enters a new normal, the U.S. housing market continues along at a frenzied pace, with low-interest rates and limited inventory fueling record-high sales prices. May saw the median existing-home sales price exceed $350,000, a 24% increase and the largest year-over-year increase since 1999, according to the National Association of REALTORS®. Eager buyers are making multiple offers, some for well over the asking price, while others are making offers on homes sight unseen. 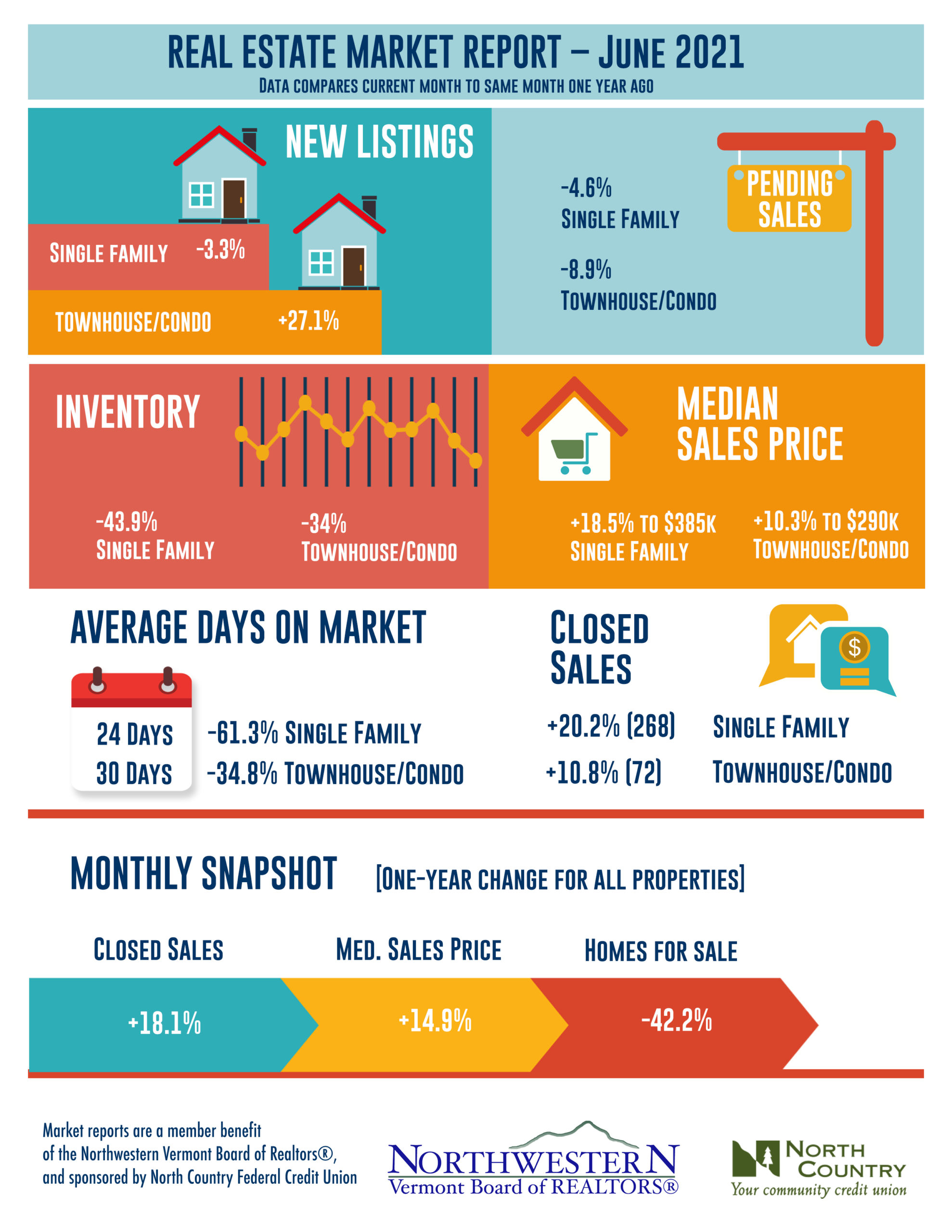 The increase in sales prices comes with a slight decline in existing home sales nationwide, as homebuyers struggle with declining affordability amid a lack of inventory, forcing some buyers to simply wait it out in hopes of more inventory and less competition. Meanwhile, home builders are trying to meet the increased market demand, with housing starts up 3.6% in May from April, according to the Commerce Department. As we ease into new routines and look forward to a post-pandemic future, one thing remains certain: America desperately needs more homes.

Ultra-low mortgage rates returned this week, with lenders offering home buyers and refinancers a chance once again to lock in a rate below 3%. But the National Association of REALTORS® warns that these low rates in the 2% range won’t last much longer, and mortgage rates likely will edge up soon. The 30-year fixed-rate mortgage averaged 2.95% this week, Freddie Mac reports.

“Mortgage rates are continuing to offer many homeowners the potential to refinance and increase their monthly cash flow,” says Sam Khater, Freddie Mac’s chief economist. Homeowners who refinanced their 30-year fixed-rate mortgage in 2020 saved more than $2,800 annually, Khater notes. “Substantial opportunity continues to exist today, as nearly $2 trillion in conforming mortgages have the ability to refinance and reduce their interest rate by at least half a percentage point.”

Freddie Mac reports the following national averages with mortgage rates for the week ending May 27:

May was another strong month for real estate sales, check out the monthly snapshot below: 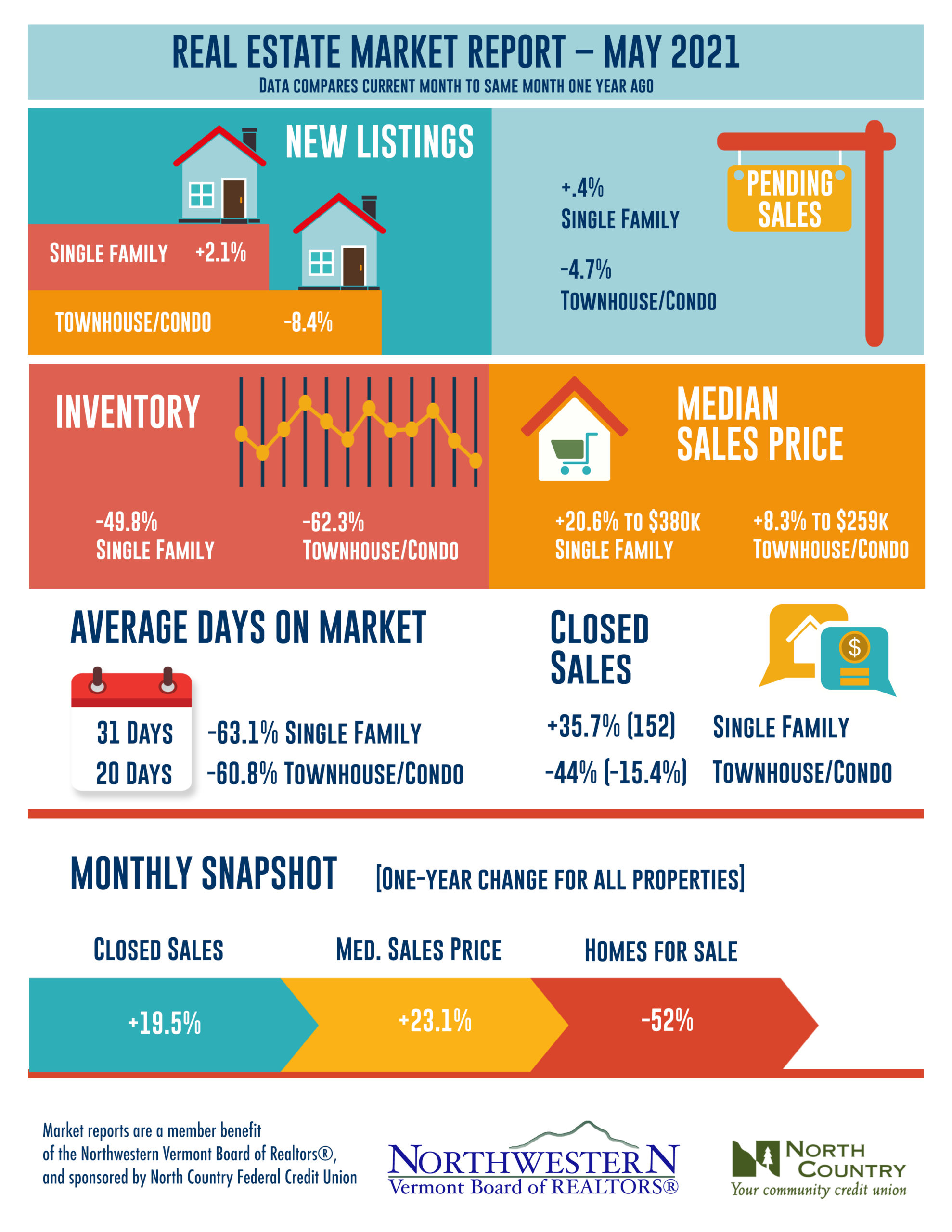